I hate being the bad guy 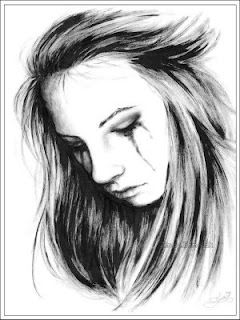 I have never been more fully aware of my own shortcomings. I can not save these teens. I can not even really help them all that much. God is the only one who can comfort them.

Right now I sit at my computer with red swollen eyes, and vent as I wait. I am waiting for a phone call from the Adolecent Crisis Responce Center. They are calling me back about a report I am making about an attempted suicide. Here's the story:

One of my teenagers told me about her suicide attempt (see Red Ink) and legally I HAVE to report it. Failure to do so would end my job and possibly put me in jail. I knew it would be better for her to tell her parents herself, rather then have a gouvernment person knock on their door and find out that way. So I called her. I knew it was going to be tough, but I never guessed it would rip me apart so much. She cried and screamed and begged me not to. It felt like my heart was having lemon juice being poured into open gashes. I let her hang up on me.
I called the office.
I called my superiours.
I called my prayer supporters.
I prayed.

This is the second time this week I have felt like the bad guy.

The other time was on monday. I was at Starbucks with a girl and my supervisor. Her life is crap right now. I wont go into details, but this girl has got reason to be very angry and upset. But she is "fine". That's all we could get out of her, was that she was just fine.
In the words of the sharks from Finding Nemo "DE-NIAL!" So the two of us youth workers pressed her. Telling her that she isnt fine, and that life is crap and she has to have feelings. But she is numb, not caring. Its a wall. Its a mask.
"Who are you trying to fool?" I asked.
It was about two minutes later that she stood up, and walked out the door. She walked home in the pouring rain, alone. She didnt want to hear anymore. The two of us stayed there and prayed, and secretly hoped she would come back. We were there for another hour before we got up and left.

I hope that one day i would get a message from this other girl i am currently the bad guy too saying something like that. But from her perspective right now, I have ruined her entire life. That sucks whe you are trying to represent Christ to someone who doesnt know him.

I am going to spend the rest of my day waiting for this phone call and praying. Please pray with me.
Posted by Carmen Rempel at 12:57 PM