broken families show their brokenness under the Christmas lights 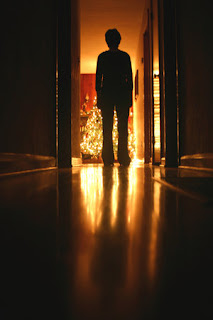 "I'll be home for Christmas, oh crap."
Thats the general feel for a lot of the teens i work with. "Christmas is coming, will i survive it?" Broken families really show their brokenness in the Christmas lights, having to go to 3 different Christmas dinners full of fighting and stress, being bounced around from parent to parent. Being at home for the holidays is supposed to be a happy time. no school, you get to stay at home, eat cookies and drink egg nogg. Its supposed to be a happy time. So the fact that its not, makes being at home worse then usual.
On Saturday a young girl called me in tears really upset, so I went with my husband and picked her up from her home. We took her to our place to just hang out for the afternoon. I just wanted her to be able to be in a peaceful home with a loving environment for a few hours. We had lunch and chatted.
I wish I could take them all in for the holidays but I cant. So please join me in praying for these teens. Pray that they would find peace and joy despite their circumstances.
Posted by Carmen Rempel at 8:00 PM No comments: 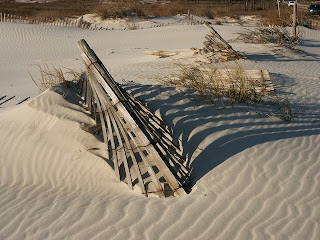 the other day I had a long conversation throughout an evening with a teen over blackberry messenger. we talked for hours. She came to me asking for help because her world was falling apart. this drama has happened several times before and this situation she was going thru was simply a repeat of what happened a couple months ago. Each time she gets rocked, each time it just about kills her.

I told her a story of two men, one who built his house on the sand, and one who built his house on a big rock. The storm came and the house on the sand fell apart, and the house on the rock stood firm, it may have a few broken windows, but it was still safe and dry. i asked her what her foundation was, she told me about how she relies on her friends and family "You see, thats the problem, you need something more steadfast then people. you need something trustworthy and eternal to be your rock. Because people are shifting sand."
I sent her away to think about what that could be.
Posted by Carmen Rempel at 12:03 PM No comments:

here is a post from one of my co-workers Derian from a few weeks ago. His blog is Monuments & Melodies and the link can be found on my page:

She's fifteen now. She began dabbling with drugs and alcohol earlier than most. Her friend introduced her to pot. She introduced her friend to Crystal Meth. Now they both work in the sex trade.

She had a long history of running away. She came in and out of our lives. We got calls when she was in trouble and when she wanted to avoid the consequences of her choices.

We picked her up from a house, late one night, in a drug induced mental breakdown--hallucinating terrible demonic things. As the drugs wore off, she began to sing with the music playing in the background--Life Song by Casting Crowns... "Let my lifesong sing to you..." Tears welled up in my eyes, I think I saw Jesus, even for just a brief moment. Not too long after she disappeared.

Months later she called us. Her boyfriend was in jail. She was working as an escort. She seemed strangely detached from the horror of her profession. She voiced no desire to get out. The drugs (now it was crack) were all that she cared about.

A few days later photos of her ad's were found on craigslist. The police began investigating. Arrest warrants were issued.

We received messages from her on facebook suggesting she wanted out. We set up a meet but she never showed. Finally she was arrested. She said all the right things. She was release on bail. Maybe she would make it? We weren't sure she was serious but can you give up hope? If we could just get her into a detox program. She said she wanted out; she disappeared a few days later.

She was arrested again last week. She was released and disappeared the next day...
Posted by Carmen Rempel at 11:58 AM No comments:

all i want for christmas

tears. so many tears in this season. I think its because everyone knows that Christmas is supposed to be happy, so when its not it feels worse. Thats been the story with the teens i work with as of late. But last night I listened to tears of thankfulness as a teen told me about her Christmas miracle.
Family hasn't been an easy thing for the past few years for this girl, the tension in the home getting progressively worse.
"I havent called him daddy since i was a little girl..."
She was telling me a story about how her dad left a note on the fridge, a note saying that he doesn't want the family to fall apart, that he wants to try. A shocking, tear jerking change. She hugged him and called him daddy.
"If I could get my daddy back for Christmas, that would be amazing. Even if they take our house,whatever, if it meant that i could have him back, that would be a good Christmas."
Posted by Carmen Rempel at 11:09 AM No comments:

I turn to face back up the hill, cold air burning in my lungs as I pant because I have not yet recovered from our hike. I face this girl and the look of vulnerability and child likeness on her face takes my words away.
It had been quite a morning. We just spent the past 3 hours in prayer, during which time she only managed to squeak out four words.

She had been stuck. Spiritually stuck. Imposable to get words out. But at the end, she had run into Jesus's arms and asked for his help. So I then hiked up with her to the top of a hill with a great view so she could be alone and listen to what Jesus's response to her would be.
"He has promised you that when you call, He will answer. And You will hear him honey, you will."
Posted by Carmen Rempel at 9:20 PM No comments: